It has been fascinating to watch the bees collect pollen from the poppies in the garden.  Perennial poppies, Papaver orientale, have black pollen while annual poppies, P. commutatum or P. somniferum, produce almost white pollen. 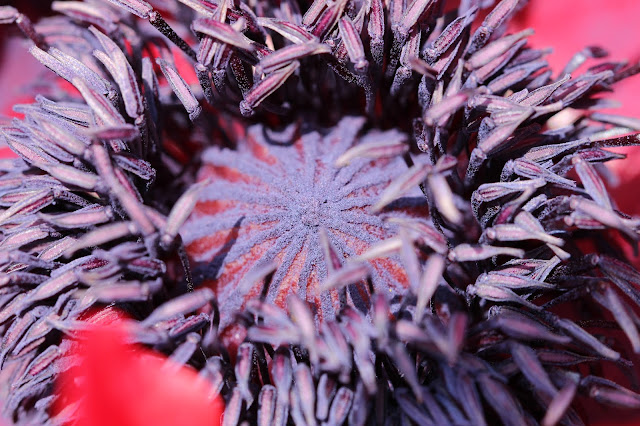 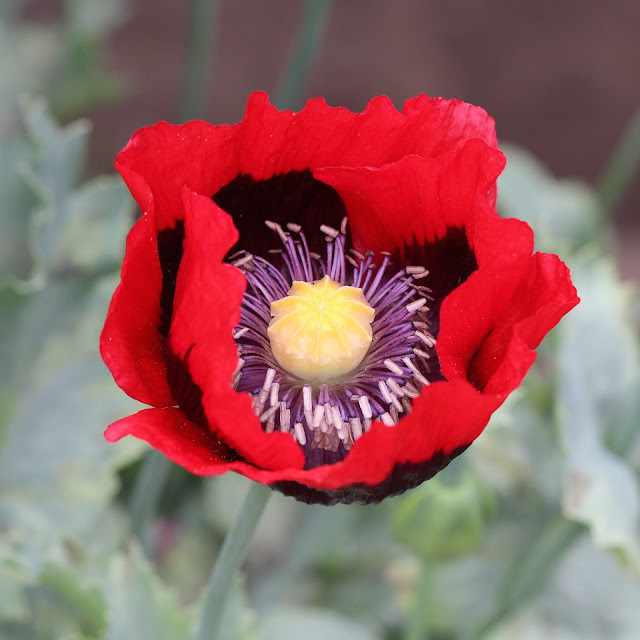 Both bumblebees and honey bees collect pollen from both types of poppy.  The only bumblebees I have seen doing this are buff-tails.

The bumblebees climb into the flowers and buzz to dislodge the pollen which collects on the hairs on their bodies.  The high-pitched buzz can be heard right across the garden.  Here you can see the pollen from a perennial poppy on the buff-tailed worker's back, in her pollen baskets and staining the inside of the petals. 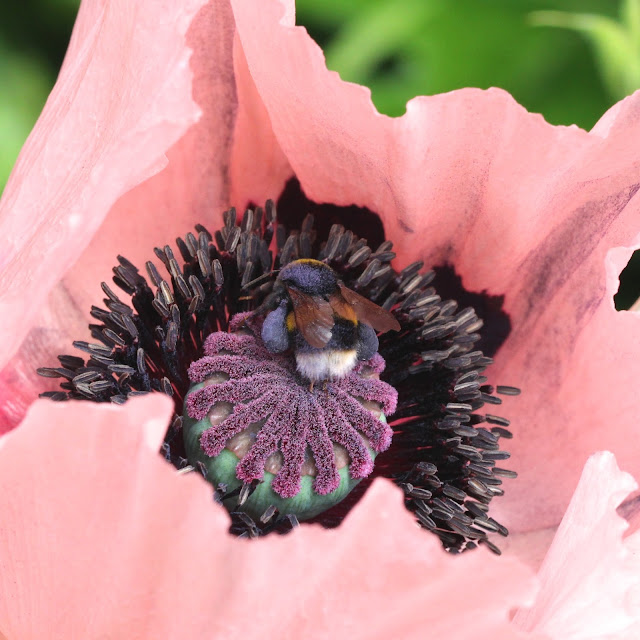 Here a bee is working inside the flower. 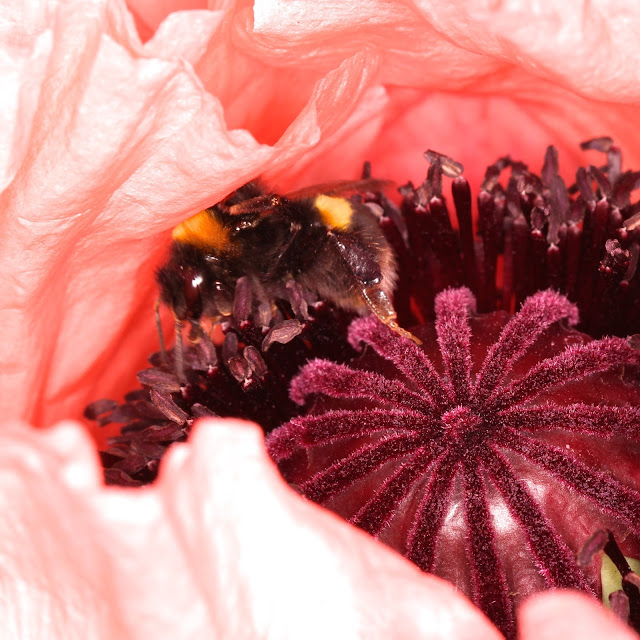 This one is in an annual poppy with white pollen. 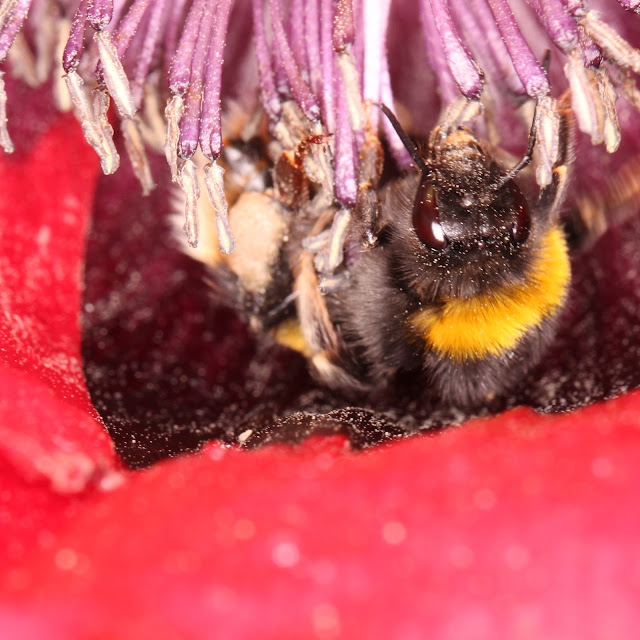 This bee has a heavy load of orange pollen and has obviously come from working a different type of flower.  They are also doing this in partly opened Japanese anemones which have yellow-orange pollen so maybe this one came from there. 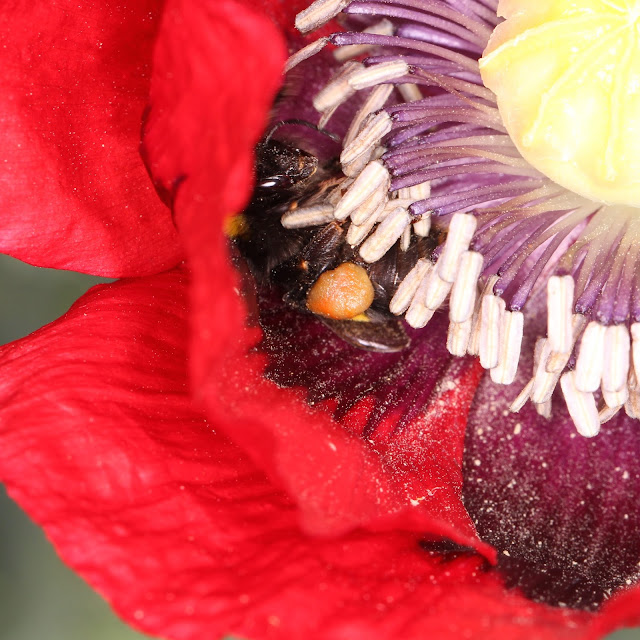 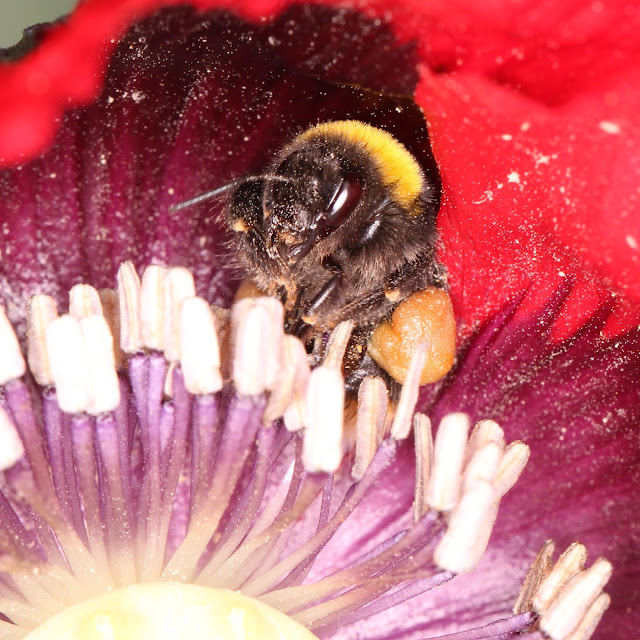 They also forage on the more ornamental double-flowered poppies. 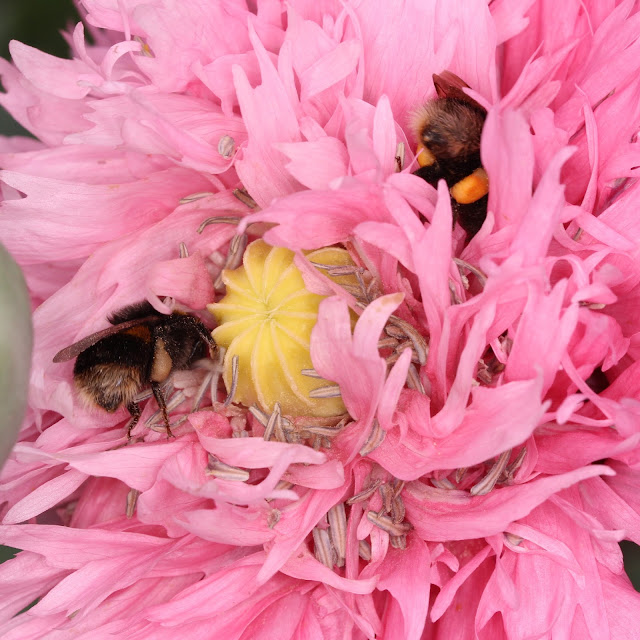 The flower benefits from the bee's activities as pollen from other flowers is carried to the stigma. 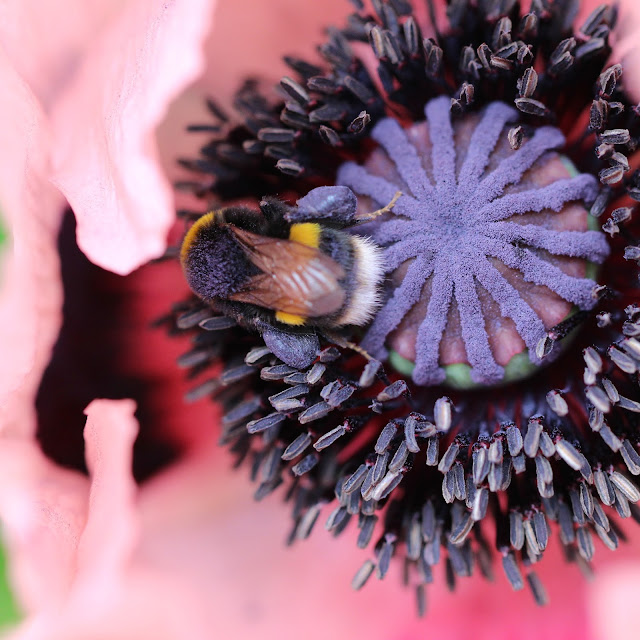 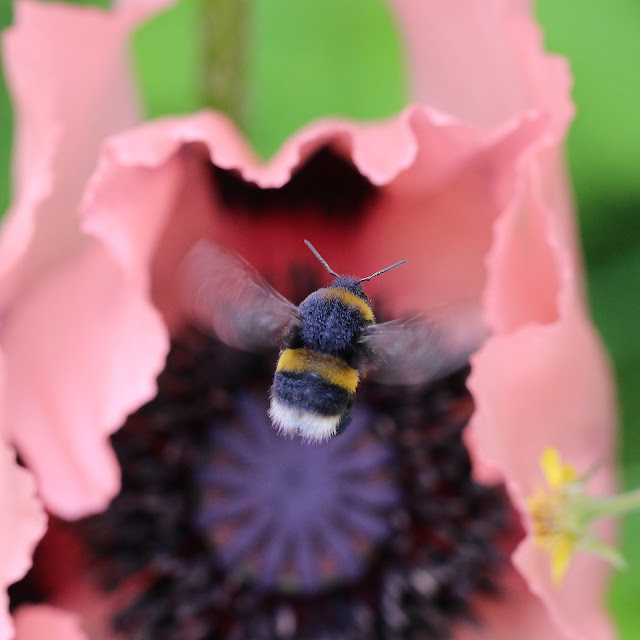 Here you can hear the bumblebee at work.

Honey bees also climb through the anthers to collect pollen but I haven't heard them buzzing in the same way.  This one is in an annual poppy. 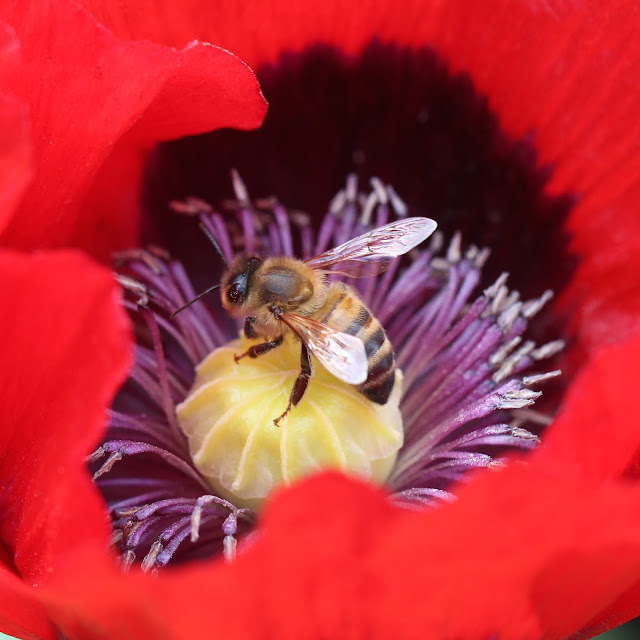 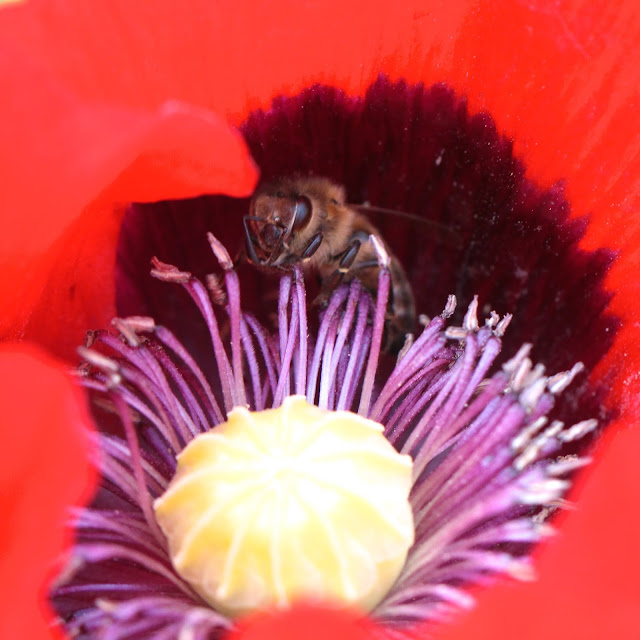 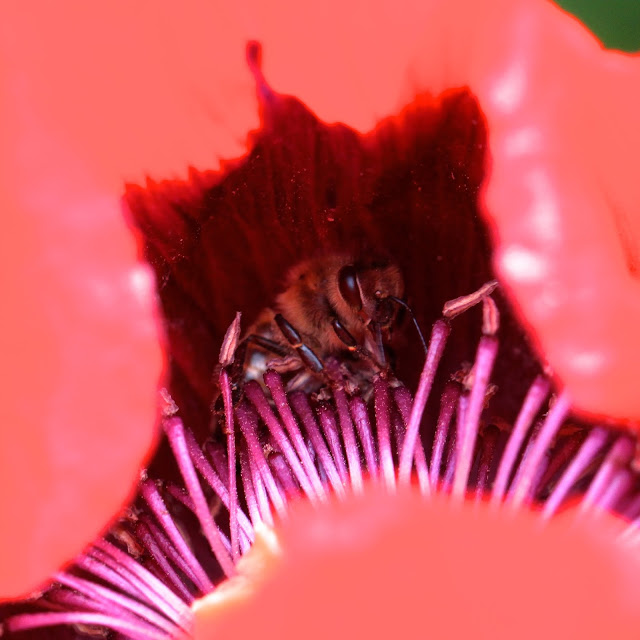 This honey bee is collecting black pollen in a perennial poppy. 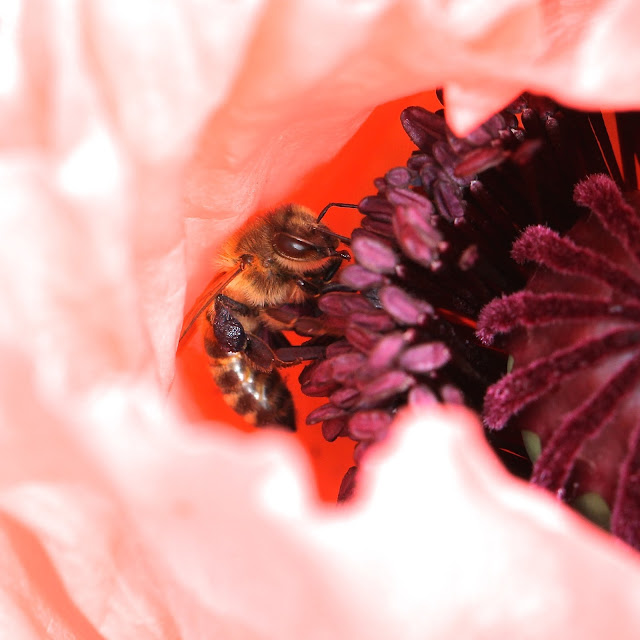 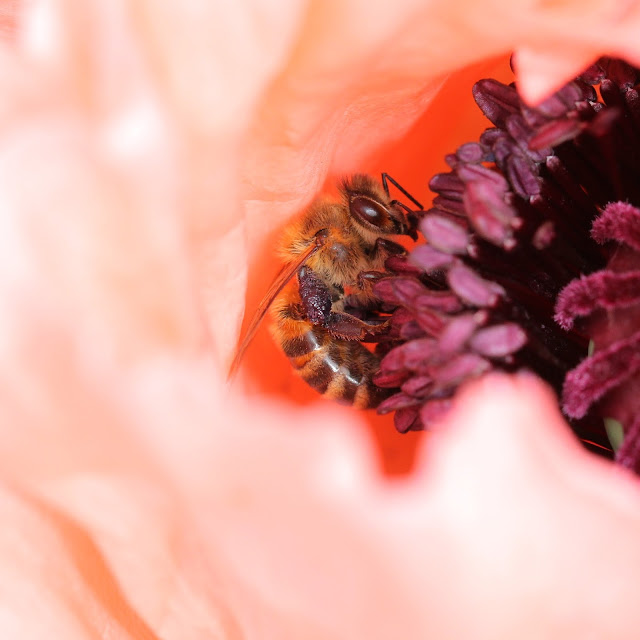 A wall of bees

This beautiful old cob wall stands alongside a lane leading to the church in the village where I grew up - Nether Heyford in Northamptonshir... 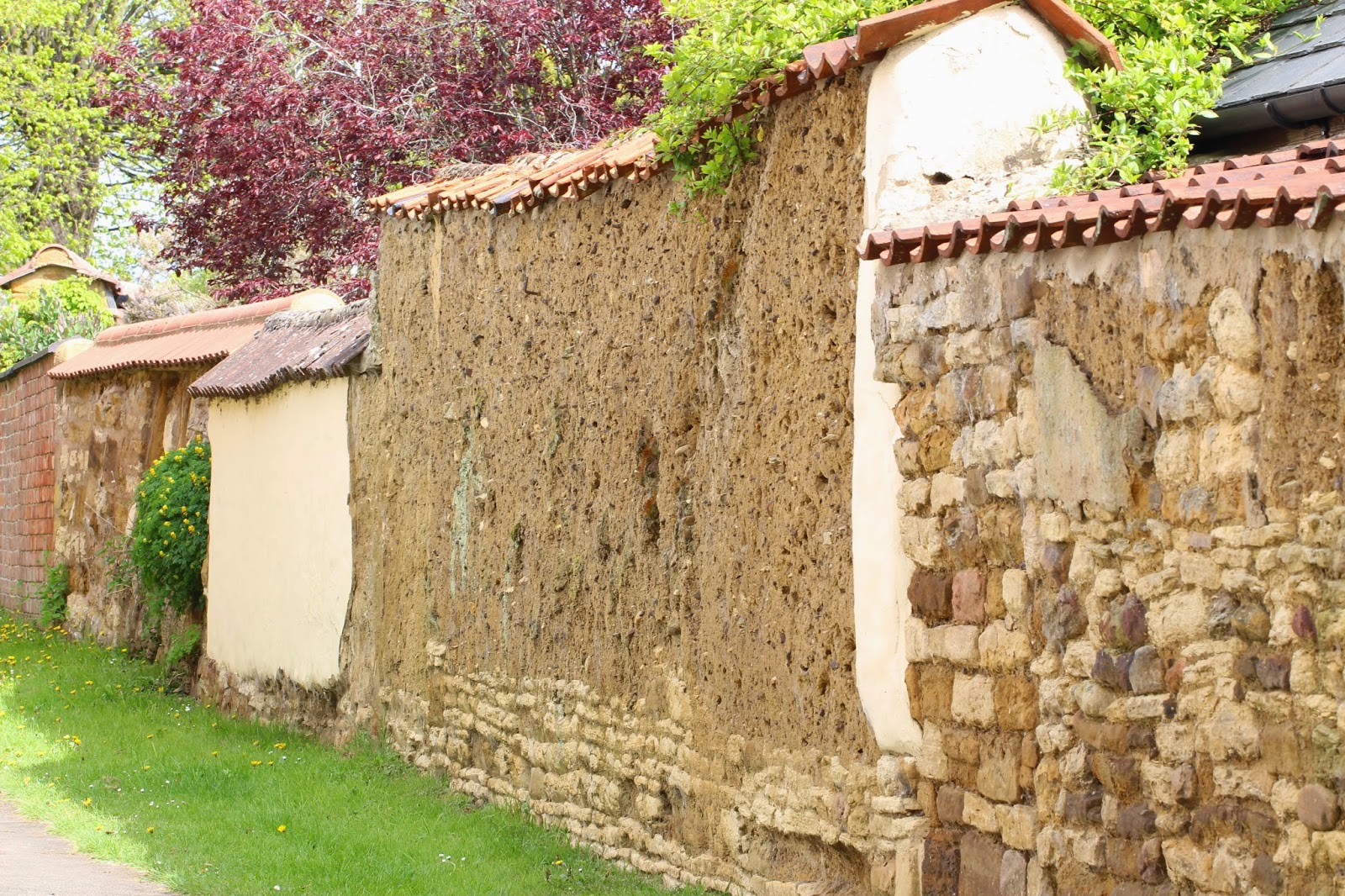